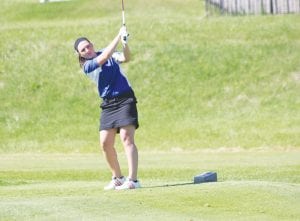 Alanna Gleason was one of three Carman-Ainsworth golfers to play in the Genesee County Invitational last Monday at Flint Elks Club.

The Cavaliers had just three golfers present and therefore did not post a team score in the 12-team field. Madysen League shot 101 and Alanna Gleason 110.

Davison senior Karsen Johnston was medalist, shooting 77 to match Kerri Parks for low score and beating the Flushing junior on the first hole of a playoff with a par.

The Cavaliers will play in a SVL crossover match today.