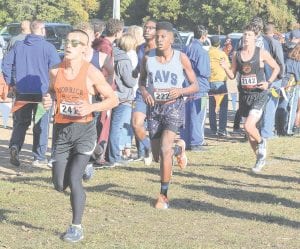 The Cavaliers have struggled this season and had difficulty filling a whole roster on both the boys’ and girls’ teams earlier in the season. Junior Joe Chinkeefatt has consistently led the Carman-Ainsworth boys all season and has been running his best times of his career. Chinkeefatt ran his personal best on Oct. 7 at the Heritage Invitational with a 17:16.4 time. Dalero McNeal, Andre Williams, Keegan Maguffee and Darwin Bostwick have all joined Chinkeefatt in the top five throughout the season.