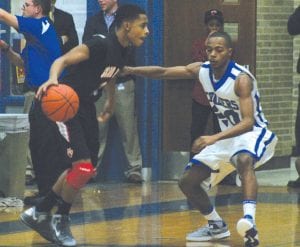 The Cavaliers used strong defense to lead, 15-6, after the first quarter, but the Vikings responded with strong defense of their own in outscoring the Cavs, 17-6, in the second quarter to lead at the half, 23-21.

Northern kept the offense rolling in the third quarter, as it outscored Carman-Ainsworth, 19-14. The Cavs came back to edge the Vikings, 11-9, in the fourth quarter, but it was too little, too late.

Northern was led by Michael McFadden with a game-high 20 points while Theodore Turner chipped in nine.

Carman-Ainsworth returns to the court tomorrow as it hosts Flushing and travels to Flint Northwestern next Friday.