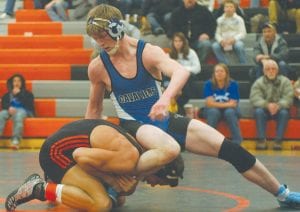 Carman-Ainsworth’s CJ Ballenger at a meet several weeks back.

Davison won 11 of the 14 weight classes with the Cavaliers winning titles in the other three. Carman’s Jake Weissend won the 140 lb. weight class and earned his second straight Big Nine crown. Also winning titles for the Cavs were C.J. Ballenger at 171 lbs. and Alex Fetterman at 215 lbs.

Carman-Ainsworth will compete in the Swartz Creek team district that takes place today. The Cavs will wrestle Flint Northern in the opening round as the host Dragons will take on Flushing. The two winners will meet to determine the district champion. The winner will advance to the Saginaw Heritage regional and face the winner from the Bay City Western district. 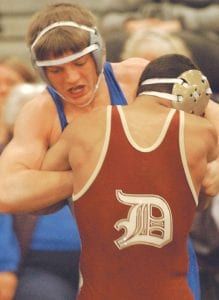