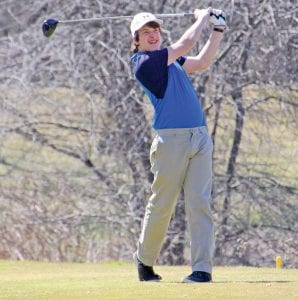 The Carman-Ainsworth junior shot 85 on the tight and challenging Spruce Run Course to tie for second among individual qualifiers for this week’s regional. The top six teams and top six individuals not on those teams advanced to yesterday’s regional at Boulder Pointe, which was played after VIEW deadlines.

Floyd had averaged 102 for 18-hole rounds this spring and had shot 101 in the Saginaw Valley League Championship tournament just eight days earlier. His best score was a 94 in the second SVL jamboree May 2 on his home course, Fenton Farms.

Sixth-ranked Midland won the team title with 310 and third-ranked Grand Blanc was second with 314. The other team qualifiers were Flushing 324, Traverse City West 330, Saginaw Heritage 347 and Midland Dow 348.

From yesterday’s regional, the top three teams and top three individuals not on those teams moved on to the state finals June 10-11 at The Meadows at Grand Valley State University.