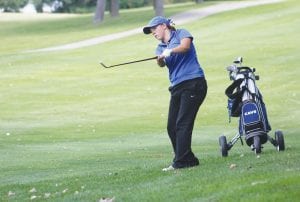 Lake Orion’s Moyea Russell was medalist with a 4-underpar 70, tying the tournament record set by Utica’s Taylor Clark in 2012. Priscilla Harding of South Lyon was second with a 76.