Cavaliers knot up the competition 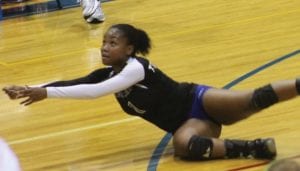 Carman-Ainsworth’s Monica Townsend goes to the floor for a dig.

The Cavaliers are at the Flushing Invite Saturday.