Cavaliers look for redemption at regionals 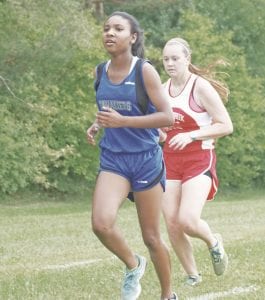 Bay City Western comes in at No. 11 in the Div. 1 boys’ state rankings and Saginaw Heritage is an honorable mention. Midland Dow is ranked No. 13 in the Div. 1 girls’ rankings.

Numbers were a problem for the Cavaliers early in the season, particularly on the boys’ side. They’ve been able to add runners throughout the season and have continued to improve times throughout the 2016 campaign.

Mikaiah Holbrook leads the girls with a personal record 23:06.3 at the Saginaw Valley League Finals while Mikayla Holbrook’s PR comes in at 23:24.4, also at the SVL Finals. Rayven Brantley, Bailey Curtis and Arianna Vantine also posted their PR at the SVL Finals in 23:59.6, 24:03.7 and 24:56.4, respectively. Grace Pangerl recorded her PR 24:56.8 at the Chesaning Invite.