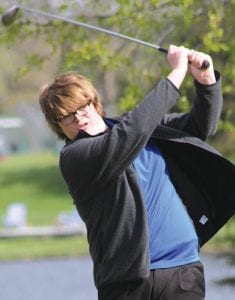 DAVISON — The Carman-Ainsworth boys’ golf team has not had much team success this season, but the players on the team have been improving their score as the season progresses. The Cavaliers will look to take their improving game to the district tournament tomorrow and make some noise.

In order to advance to the regional round, the Cavaliers must finish among the top six teams or they could advance an individual as one of the top six scores not on a qualifying team.

Traverse City West will be considered one of the favorites by many as they are ranked in the top five in Division 1. Davison has been ranked at various points this season and won the Big Nine and Swartz Creek should do well as they won a share of the Flint Metro League title.

The Cavaliers will look to Jack Baker, Jacob Linder, Haywood Petty and Cameron Rytlewski to lead them into the district tournament and hopefully on to the regional round.

Regional No. 2-1 will be hosted by Lake Orion at Boulder Pointe Golf Club on June 7 and will feature the Davison district and the Rochester Adams district No. 4-1.