Cavaliers ready to get back on diamond 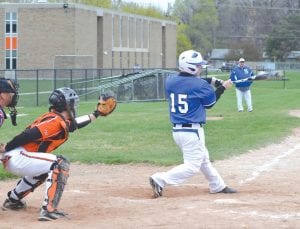 An unidentified Cavalier (roster unavailable) drives the ball against Clio.

The Carman- Ainsworth baseball team opened its season on March 29 with a split doubleheader against the Clio Mustangs, and participated in a scrimmage at Burton Bentley on Monday. Scores and statistics were not recorded, and the scrimmage will not count as an official game, but was simply a tune up for what is to come this season. Once the Cavaliers return from spring break, they will travel to Lake Fenton for a doubleheader next Thursday. The Cavs will travel to Montrose next Saturday to take part in the Montrose Tournament. The following Monday will open up the Big Nine schedule, as Carman-Ainsworth hosts Flushing. — B.P. 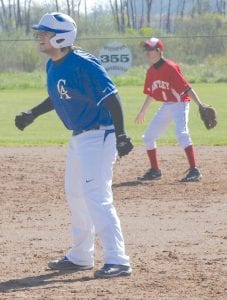 An unidentified Cavalier base runner (roster unavailable) looks to steal second base against Bentley.