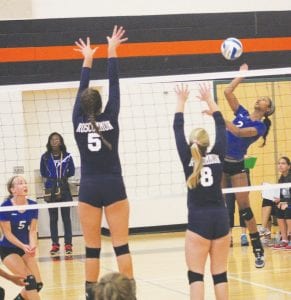 Che’Anne Hicks gets ready for a kill attempt during a match.