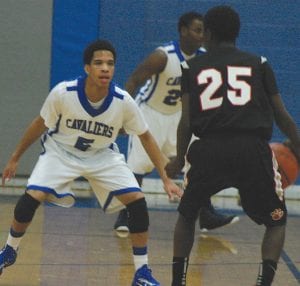 After the first quarter, the Cavaliers led by just three, 16-13. A 17-11 advantage in the second quarter bumped Carman-Ainsworth’s halftime lead to 33-24.

A dominant third quarter by the Cavs put the game away, as they outscored Flushing, 26-8. The Cavs edged the Raiders in the fourth, 9-6.

Carman-Ainsworth returns to the court tomorrow against SVL rival Flint Northwestern and hosts Clarkston on Tuesday.