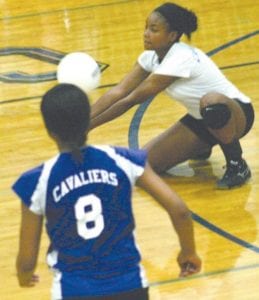 Monica Townsend went low to get under a dig.

While the Cavaliers fell short to Flushing in the Big Nine race, they can erase those bad memories with a district title that will likely come from beating the Raiders.

The finals will be played on Saturday at 5 p.m. at Owosso. Carman-Ainsworth will look to Kamrin Gold, Danielle McClung and Monica Townsend to lead them to the title. 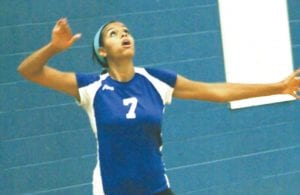 Carman-Ainsworth’s Kamrin Gold eyes the ball at the service line.