Cavaliers shut out by Linden 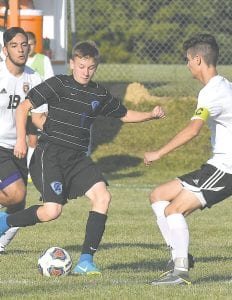 FLINT TWP. – The Carman- Ainsworth boys’ soccer team was trounced in a 6-0 loss to Linden at home last Wednesday. The Cavaliers had three shots on goal.

Carman-Ainsworth, 1-4, traveled to Midland yesterday and will host Bay City Central on Monday.