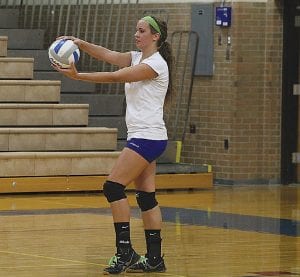 FLINT — Carman-Ainsworth split a pair of matches with Durand and Kearsley Tuesday in a tri-meet at Kearsley.

Jessica McClung added 25 kills and 15 digs. Kali Jackson chipped in 24 digs and Breanna Hudson had five blocks for the Cavs. 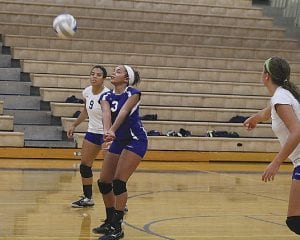 Carman-Ainsworth’s Kali Jackson digs a ball to the front line Tuesday at Kearsley.