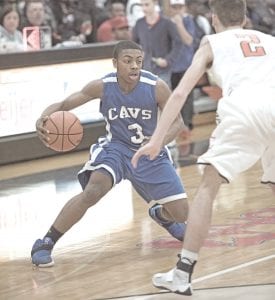 Joe Kujat had 16 points for Flushing. Andrew Harris tossed in 12.

The two teams meet again in the districts Monday, March 6.

The Cavaliers were up 24-6 after one and led 54-30 at the break. Carman- Ainsworth did a good job keeping Saginaw’s top two players quiet.

“Once again we got after it defensively and did an excellent job executing,” Carman-Ainsworth coach Jay Witham said. “Hopefully, we want to come into the tournament under the radar.”

The Cavaliers face Flushing in the opening game of the tournament. Duncan had 30 points for the Cavaliers.

Class A at Owosso

Swartz Creek drew a bye in the Class A district on Monday and await the winner of Carman-Ainsworth – Flushing, both at 18-1 on the season. That battle takes place Monday at 6 p.m.