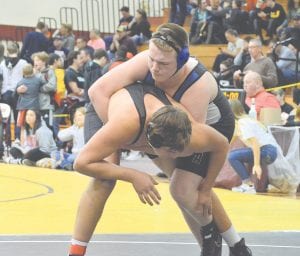 Jacob Yost at 140 led the Cavs, going 3-1. Yost won with a technical fall over Avondale’s Gavin Stewart, a 13-1 major decision over Brandon’s Gavin Alderman and a pin over Kearsley’s Zach Moore at 1:35.

Josiah Gordon at 189 and Trevon Bennett at 285 each went 1-3. Gordon won a 13-11 decision over Brandon’s Chris Henderson, and Bennett pinned Kearsley’s Savanna Keskes at 1:50.

Carman-Ainsworth wrestled against Powers Catholic and John Glenn on Wednesday night after we went to press.