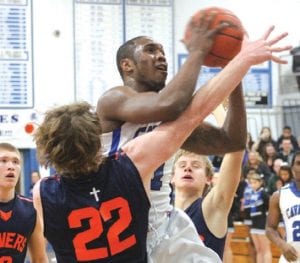 The Cavaliers, 12-3 overall, are 10-1 in SVL-South in their first year in the league. They lead Southwestern and Davison by two games with one game to play.

Carman-Ainsworth took a slim, 11-8 lead in the first quarter, then exploded for a 26-12 second period that gave the Cavs a 37-20 halftime command. They still led, 50- 36, going into the fourth and played the Knights almost even from then on.