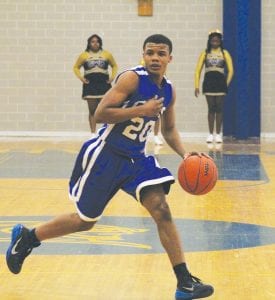 The Cavaliers outscored the Oilers 19-5 in the second period to turn a 14-14 first-quarter tie into a 33-18 halftime lead. It was still 43-31 going into the fourth quarter, and Carman- Ainsworth survived the Oilers’ 22-14 rally in that period.

Jakavien Lewis scored 19 points and Jaylen Bradley had 11 as the Cavs posted back-to-back wins for the first time this season and improved to 6-12. They have gone 4-4 in the second half of the season.

Tuesday night’s makeup game against Saginaw was canceled by inclement weather. Carman-Ainsworth will conclude its regular season tonight with a non-league game at Brandon.

The Cavaliers will open Class A district tournament play Monday at Davison against Lapeer, a team they have beaten twice in SVL-South play.