Cavs finish above water in duals 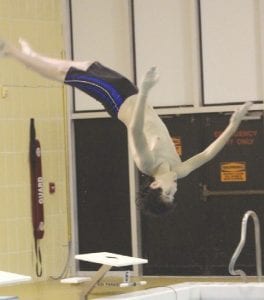 The Cavaliers wound up 6-4 overall and 5-4 in Valley duals. They’ll swim in the conference meet starting today with preliminaries and concluding Saturday with the finals at Saginaw Valley State University.

Alphonso Foster won two events and John Donnelly was in on two victories, as Carman-Ainsworth/Flushing won the first seven events against Southwestern. Foster won the 50-yard freestyle in 29.55 and the 100 free in 1:21.62.

With the victory clinched, the Cavs exhibitioned the last five events.

Carman-Ainsworth/Flushing won four of its last five duals for the season. The Cavs lost a Valley meet at Bay City Central, 117-69, on Feb. 12. Patrick Sharp had the Cavs’ only victory, winning the 100 free in 52.41.