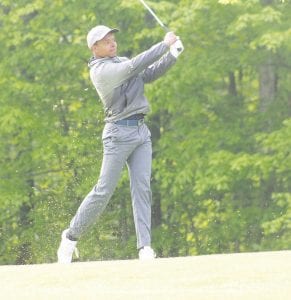 The Carman-Ainsworth senior shot 88 in the 12-team, 72-player field to finish 13 strokes out of the third and final individual qualifying spot for the state finals. Petty was making his first appearance in the regional after four years as the Cavs’ top golfer.

Only the top three teams and top three individuals not on those teams advanced to the state finals this Friday and Saturday at Katke Golf Course on the campus of Ferris State University in Big Rapids.

Midland sophomore Top Kamnark was medalist with a 68. Midland Dow’s Ben Roeder was the top individual qualifier with a 70, while Clarkston’s Brendon Graham and Rochester’s Mike Busse each shot 75 and survived a playoff with Grand Blanc’s Logan Price for the last two spots.