Cavs hold on to beat Saginaw 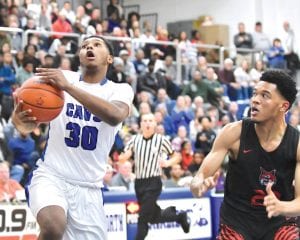 The Cavaliers led 16-14 after the first frame and were able to expand the lead to 33-23 by halftime. Saginaw couldn’t cut into the lead in the third quarter, as each team scored 17 points in the frame. The Trojans did outscore Carman-Ainsworth 24-22 in the fourth, but it wasn’t enough to get over the hump.