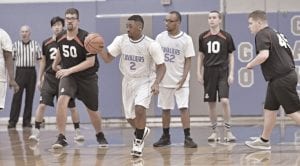 FLINT – The Carman-Ainsworth boys’ basketball game against Grand Blanc on Friday was suspended at halftime after a 17-year-old male in a possession of a gun was spotted in the stands. After police approached the man, he fled the scene, sending officers in pursuit. No shots were fired, but the sold-out crowd of 1,300 spectators was put on lock down in the gymnasium and then later evacuated.

Play was postponed, with the Cavaliers leading Grand Blanc 37-35 at halftime. After initials reports of a Jan. 2 make-up date, Carman-Ainsworth assistant principal and athletic director Mary Haslinger stated that that would not be the case. As of now, officials are still working on a date for the rescheduled Saginaw Valley League showdown. It is not yet decided if the teams will start an entirely new game or rather resume play and carry out the second half from Friday. However, it is expected that the match-up will take place in a closed-game scenario with no spectators allowed. 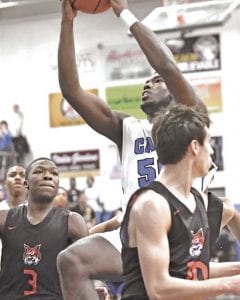 Carman-Ainsworth’s Isaiah Jones drives to the hole in the first half before play was suspended last Friday.

For the remainder of the season and foreseeable future, Carman-Ainsworth has implemented a “no bag, no purse” policy for all athletic events. When reaching out to Cavs coach Jay Witham, he responded with no comment.

The incident also overshadowed the rest of Friday’s festivities, as Carman- Ainsworth unveiled its Unified Team whose roster is formed by kids with special needs. Non-basketball CAHS students serve as mentor teammates, while a group of Unified girls form the group’s cheerleading squad.

On Tuesday, Carman-Ainsworth defeated Lapeer 65-53. The Lightning led 17-16 after the first frame, but the Cavaliers pulled away with a 15-7 run to close the half. Lapeer pulled within 43-37 by the end of third before Carman sealed the game with a 22-16 fourth quarter.

The Cavs, 2-0, continue the season at Saginaw High tomorrow at 7 p.m.