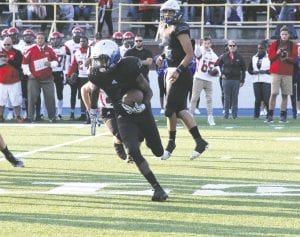 FLINT TWP. – The Cavaliers picked up their first win of the season last Thursday following a 49-0 rout of Saginaw Arthur Hill. Both teams entered the game with a 0-1 record after Arthur Hill lost to Ann Arbor Skyline last week and Carman- Ainsworth fell to Grand Blanc. It would be Carman-Ainsworth that would come out on top this week, however, putting on an offensive clinic during its first home game of the season. Calls for game stats went unanswered.