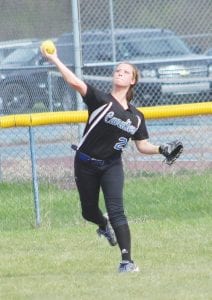 The Cavaliers fell to Swartz Creek 10-0 in the morning semifinal game. Carman-Ainsworth managed just one hit in the game, that coming in the bottom of the fifth inning. The contest ended with the five-inning, 10-run mercy rule.

Swartz Creek went on to play host Kearsley in the championship final, losing 3-2 on two Kearsley runs in the bottom of the seventh. – D.N.