Cavs to compete in regionals 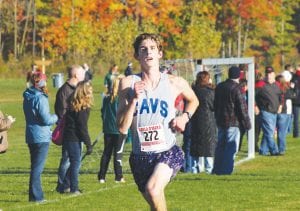 Tyler Pangerl is Carman-Ainsworth’s best hope for a state qualifier.

BAY CITY — Carman-Ainsworth will take part in the No. 2-1 cross country regional at Delta College Saturday. There are a total of 15 boys and girls teams competing at the event.

The boys’ top team finish for the season was a third at their own Cavalier Classic. Tyler Pangerl also had his best individual finish at the event, taking third in 18:05.00.

Pangerl also took fifth at the Cavalier Invitational last Friday. Juwan Willis, who took 11th at the Classic in 20:54.00, is Carman-Ainsworth No. 2 runner.

Andre Thorton, Keith Belk, Ryan Thomas and Andrew Stephens round out the boys’ squad. The Cavalier girls have not posted a team score all season.