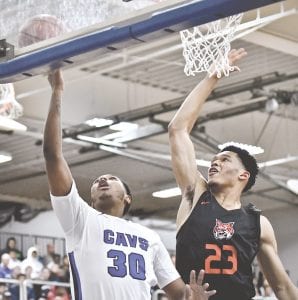 GRAND BLANC — The Carman-Ainsworth boys’ basketball team lost its second game of the season on Saturday, losing to No. 2-ranked Clarkston 65-56 in the GottaGetIt Hoop Classic.

The game was tied at 46-46 before Clarkston went on a 14-6 run, putting the game out of reach for the Cavaliers with just 1:44 left in the fourth quarter.

Clarkston jumped to an early 14-5 lead in the opening frame. However, Carman-Ainsworth closed the half with an 11-0 run, taking a 26-22 lead into halftime.

On Dec. 30, Carman-Ainsworth gave Detroit Cass Tech its first loss of the season, defeating the Technicians 55-54 in the Motor City Roundball Classic at Ferndale High School.

Jason Green scored a team-high 16 points for the Cavs, while Nunn and Jones added 13 each.

Carman-Ainsworth, 4-2, is off this week and will travel to Saginaw HeritagethisTuesdayfora7p.m. tip-off.