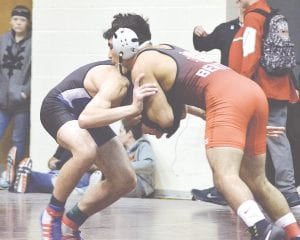 Carman-Ainsworth’s Nathan Peterson, left, tries to get out of a hold at the County Meet on Dec. 16.

Carman-Ainsworth is at Davison Saturday for the Saginaw Valley League Meet.