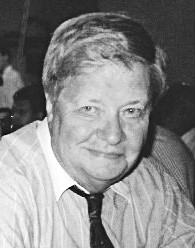 CHARLES F. MOLLOSEAU, 86, of Davison, died Wednesday, April 7, 2021, at his home. In accordance with Charles’ wishes, cremation has taken place. A private memorial service will be held at a later date. Expressions of sympathy may be placed on Charles’ online tribute page at martinfuneralhome.com. The family requests to consider planting a tree in honor of Charles’ memory.

Charles was born in Flint, Michigan on December 4, 1934, the son of Mr. and Mrs. Joseph and the late Ileen (Howard) Molloseau. Charles worked for General Motors for 35 years until his retirement in 1985. In his free time, Charles enjoyed traveling, fishing, collecting miniature model cars, and working in his yard that had many beautiful flowers and birds.

The family would like to extend a special thanks to the kind staff at Kindred Hospice.

Charles was predeceased by his parents and two brothers.