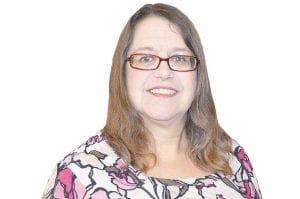 Despite multiple attempts at aiming for it, joy has been elusive in my life. With the New Year upon us, I have been considering the idea, again, of trying to focus on the positive and bring more joy into my life.

Past attempts have met at failure, because regardless of what I want to believe, I am a realist and practical person. And the hand I’ve been dealt has been less than stellar.

I’m not trying to whine about it, or ‘play the victim card’ but I often get tired of the pervasive “bootstraps” philosophy because honestly, it doesn’t always apply. People’s differences not only manifest themselves outwardly in their appearance and persona, but also in how they react to environmental stressors.

Sadly, for people like me who have suffered Adverse Childhood Experiences (ACES), reactions often tend toward the negative. We have difficulty in decision making first of all, and coupled with the lack of a positive, supporting environment, often fall into decisions which can lead to a life of poor circumstances, low income and even into the realms of law-breaking and addiction.

I wish I hadn’t had to deal with it, but I tried to make the most of it.

Someone asked me how I could forgive people in my past and I replied, “We all only make the best decision we know how to at the time.”

Since becoming a parent, I have found this even more true. I’ve always done the best I can given what I had to work with. I’ve often thought, “I wish I had finished school” or “I shouldn’t have changed jobs” and wondered where it all went wrong; but it all goes back to doing what I thought was best at the time.

So I don’t hold out hope for a resolution for absolute joy, because every day seems to come with new challenges. I can hope for better opportunities and the wisdom to deal with them for the most benefit to me, but as a person who deeply cares about others, I will always also consider others—even at cost to myself.

My point in saying that is this: For all the times I’ve been looked down upon because of my mistakes or lack of insight, I also regret that the person who looked down on me failed to have the compassion to think a little deeper and perhaps imagine, that people might not have the capability to be who they think we ‘ought’ to be. Try some compassion this year. To those you think are beneath you, and to yourself, if not ever taught or learned to be kind to others.

According to the Centers for Disease Control, “Childhood experiences, both positive and negative, have a tremendous impact on future violence victimization and perpetration, and lifelong health and opportunity.” More on ACES: www.cdc.gov/violenceprevention/ acestudy/index.html.

Paula K. Schmidt is a staff writer for the View Newspapers. Contact her at pschmidt@mihomepaper.com.