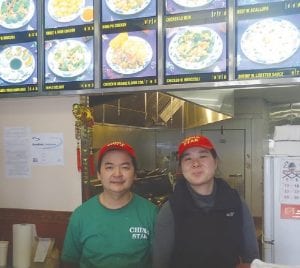 SWARTZ CREEK — The Grand Opening of China Star Chinese Restaurant this week gives Swartz Creek residents a taste of the Orient in a modern American atmosphere.

Unlike the typical auspicious red, China Star outfitted the dining area with browns and booth seating, along with enlarged aerial photographs of the populated city.

Owner Yike Huang and his wife Juan Fang Chen came from China to live in Michigan for seven years. They reside in Durand where they opened their first restaurant, China House.

Huang said most customers like the sweet and sour chicken and the crab Rangoon. The menu is already translated into English so it is easy to read.