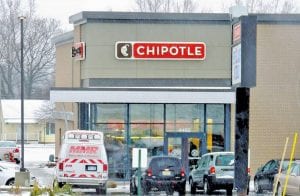 FLINT TWP. — Chipotle Mexican Grill, 4485 Miller Road, opened last week and quickly began to attract a crowd eager for a taste of the made-to-order tacos, salads and bowls the restaurant is known for.

Even a local pastor sang its praises in his weekly blog.

“I’ve been waiting for two and a half years to write the following six words: There is a Chipotle in Flint!,” exclaimed Rob Prince, lead pastor at the Central Church of the Nazarene on Bristol Road.

Prince recommended the barbacoa burritos and hailed Chipotle as one of “the good things happening in Flint.” 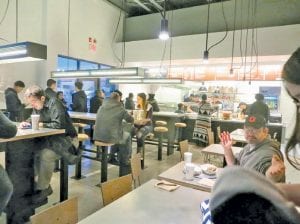 It took a while for the 2,400 square-foot Chipotle restaurant to get up and going. Plans to build it were approved in February 2015 by the Flint Township Planning Commission It is adjacent to Eyeglass World, next door to Panera Bread and directly across Miller Road from the Genesee Valley Center shopping mall.

Steve Ells, a chef in Denver, Colo., started Chipotle in 1993 because he wanted to create a gourmet burrito, according to a history on the company web site.