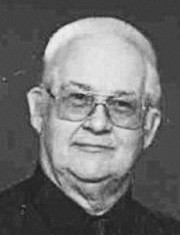 CHRIS STEINER, 82, of Holly, died Friday, April 23, 2021, at Ascension Genesys Hospital. In accordance with CW’s wishes, cremation has taken place. Memorial contributions may be considered to the The Muscular Distrophy Foundation in memory of Chris’ daughter and grandson. Expressions of sympathy may be placed on CW’s tribute page at martinfuneralhome.com.

Chris “CW” was born in Atlas, Michigan on June 25, 1938, the son of Mr. and Mrs. Carleton Christian and Mary Emilia (Ricker) Steiner. Born and raised in the Grand Blanc and Holly area all of his life, CW heeded to the call to serve his country and enlisted in the United States Air Force, serving as a diesel mechanic from September 14, 1955, until his honorable discharge on July 22, 1959. Upon his return to civilian life, CW would continue his skill as a mechanic until changing career paths and trying his hand at welding, before beginning his own business, C.W. Steiner Tree Stump Removal, where he was the co-owner for 35 years. CW was introduced to a young woman, Donna Desten Edwards, by his brother and her sister, Diane. The two dated, fell in love, and were united in marriage on June 2, 1972, in Davison. Their union would be blessed with seven children, who CW would do whatever was needed to care for. CW enjoyed fishing with his family at Bay Port, where he liked to catch catfish, and Crochet Lake in Holly, catching any small fish they could keep. He also enjoyed watching history and science movies, word search puzzles, and watching deer, birds, and all kinds of wildlife from his living room window. CW could be found on Sunday morning, having coffee with a group of friends at the Holly Donut Shop.