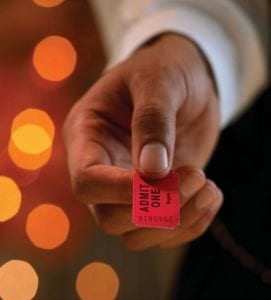 Holiday films hold a special place in many people’s hearts, and perhaps no holiday movie of the last 30 years has resonated as much as “National Lampoon’s Christmas Vacation.” The oft-quoted holiday favorite turned 25 years old in 2014, yet the film remains as popular as ever.

Fans of “Christmas Vacation” can no doubt quote their favorite lines from the film, but the following are a few tidbits that even the most ardent “Vacation” fan might be unfamiliar with.

• The movie is based on a story titled “Christmas 59,” which was written by the same man, John Hughes, who wrote and produced the film. The film pays homage to this story when Clark Griswold is rummaging through the attic and finds a movie reel named “Christmas 59.”

• Frank Capra III worked as an assistant director on the film. In one scene of the film, “It’s a Wonderful Life,” which was directed by Frank Capra III’s grandfather, is on a television in the background.

• Actress Mae Questrel (Aunt Bethany) provided the voices for Betty Boop and Olive Oyl in the 1930s. “Christmas Vacation” would be her final film.

• The role of Cousin Rocky had no lines in the film.

• In the “Lampoon” films that preceded “Christmas Vacation,” Rusty was the older child of the Griswold clan. However, he is the younger sibling in this film.

• “Christmas Vacation” marked the directorial debut for Jeremiah Chechik, who went on to direct “Benny & Joon” and 1998’s “The Avengers.”

• The movie had a large budget ($27 million) for a comedy with no special effects.

• Surprisingly, “Christmas Vacation” had its own sequel that few are familiar with. The made-for-television “National Lampoon’s Christmas Vacation 2: Cousin Eddie’s Island Adventure” was released in 2003.

• No part of “Christmas Vacation” takes place on Christmas Day. The film culminates with the antics that take place at the Griswold home on December 24.

• Brian Doyle-Murray, who played Frank Shirley, is the brother of another famous comic actor: Bill Murray.

• “Christmas Vacation” was the only movie in the series up until then that did not feature Lindsey Buckingham’s song, “Holiday Road.”