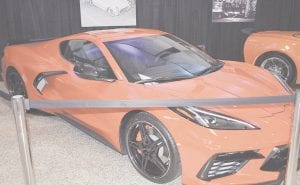 Along with the returning fan-favorite aspects of this year’s Chrome & Ice, the event featured a special exhibit that displayed models from all eight generations of the Chevy Corvette, including the new 2020 mid-engine C-8 Corvette. It was confirmed by GM that Chrome & Ice 2020 was the first car show to ever feature all eight generations of corvette. Other attractions included live concerts, a VIP Experience and the Top 25 Best of Show awards.

“This year, we’re proud to announce that we had well over 6,000 guests walk through the doors of the Dort Financial Credit Union Event Center over the course of the three-day Chrome & Ice show,” said Amber Taylor, the new Executive Director of Back to the Bricks. “We also received the best feedback we’ve ever gotten from our vendors this year – and it was a record number of vendors, bringing together more than 60 vendors who contributed to the overall excitement and offerings at the indoor car show.” 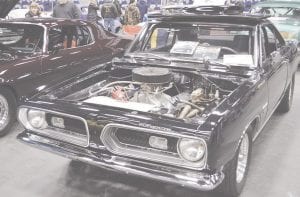 Taylor explained that Chrome & Ice, which began as a small car show with only 35 cars on display and only 10 vendors in one arena has grown exponentially over the years. The event, which now brings men, women and families from around the country, has exploded to become a three-day extravaganza boasting 157 cars – more than 20 more cars than last year.

“We filled up both arenas with cars, vendors, visitors and entertainers, we had the new Rat Rod Alley feature, the lobby was completely filled and we had 60 vendors come out for the weekend,” said Taylor. “Overall, it was a wonderful event and goes to show that it’s only going to keep growing in the years to come.” 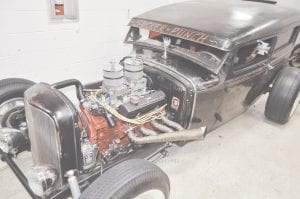 Taylor described the unique layout of the cars this year, which honored the family of John Adams, who was a monumental fan of Chrome & Ice, having attended all previous events. Tragically, Adams passed away last year following 2019 Chrome & Ice, and in honor of his commitment to the event, his two vehicles, brought by his family members, were displayed backwards. Organizers also honored his family members, Wendy, Jennifer and Joyce, by presenting them with commemorative neon clock on stage in front of the crowd.

“It was just a great weekend all around,” said Taylor. “And it was so great to see the amount of youth in attendance this year. It’s a good indication that they want to get more involved and those kids will become the future of the event. It’s really refreshing.”

For more information about Chrome & Ice, Back to the Bricks and the 2020 Promo Tour, visit www.backtothebricks.org.