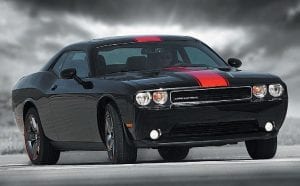 Chrysler had the distinction recently of having three of its vehicles win “Best in Class” awards from automotive research group AutoPacific in its 17th annual Vehicle Satisfaction Awards (VSA).

It was a three-peat for the Jeep Grand Cherokee, named Best-In-Class Mid-Size SUV for the third year in a row.

AutoPacific also named the Chrysler Town & Country Bestin Class Minivan for the second time in the past three years.

And, the Dodge Challenger made a positive impression with its first appearance at VSA, tied for Best-in-Class Sporty Car.

“It’s even more meaningful to us as these awards represent the voice of our customers, who continue to acknowledge the quality of and satisfaction with our vehicles.”