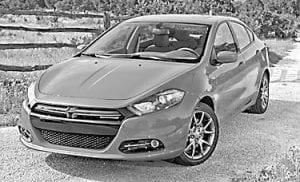 “Chrysler Group ended 2012 on a strong note with December sales up 10 percent and our best December sales since 2007,” said Reid Bigland, president and CEO – Dodge Brand and head of U.S. Sales.

Chrysler brand sales were up 6 percent in December, the brand’s best December sales in five years.