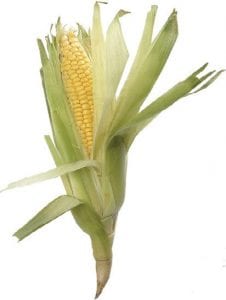 FLINT TWP. — Could be that it’s hallowed ground or maybe just super fertile soil, judging by the bountiful harvest coming from the community garden of the Resurrection Reformed Church on Calkins Road.

It’s a first-time effort for most of the 10 to 12 church members involved in the garden whose previous experience was limited to growing a few tomatoes in their backyards.

The church’s Outreach Team kicked around the idea of starting a community garden for a few years before deciding the time was ripe, said Laura Sherwin, of Flint Township, one of the gardeners.

Seeds planted back in

So far, the church has donated nearly 300 pounds of produce from the garden to Carriage Town 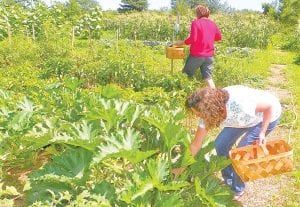 Many of the vegetables being harvested from the community garden by church members Laura Sherwin and Debbie Stone will be donated to Carriage Town Ministries.

The church congregation helps themselves to surplus produce offered each Sunday after worship, Stone said.

The bounty also came in handy for a children’s cooking class last month, said co-pastor Kristi Kiel. The kids raided the garden for herbs to make pasta sauce and vegetables for pizza, she said.

“I have hardly had to buy produce at all this summer,’’ Stone said. “I just grab something from the garden and that’s what we have for dinner.’’

Between the corn, cantaloupes, winter squash and pumpkins not quite ready for harvest, Stone estimated that the garden will keep producing until first frost.

Sherwin said the group chose which crops to plant with help from a church member who is a master gardener. The plot of land adjacent to the church was a vacant field with nothing on it for a long time.

Sherwin’s father-in-law, a lifelong Davison farmer, came out and plowed the ground for the garden and also donated some of the solar electric fence put up to discourage pests.

Besides vegetables, the garden also has sunflowers, zinnias and herbs.

Sherwin said the biggest wow factor was discovering their ability to create a thriving garden.

“It’s been really fun to see how things grow,’’ she said. “The soil must be really good, things have just thrived.’’

Based on such resounding success, the group already is making plans for next year.

“We have room to make it bigger, depending on how many more people want to make their own plot,’’ Stone said.

“We’d like to have more involvement from the community,’’ Sherwin said. “The Outreach Team wants to focus on the community in the vicinity of the church.’’

Stone said that anyone interested in joining next year’s effort should call 732-4150 to find out the date of the group’s next meeting.