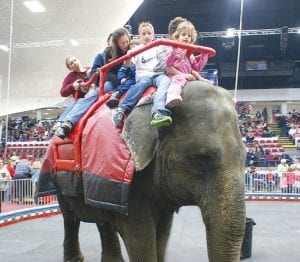 The 69th annual Shrine Circus kicked off its nationwide tour with an initial stop at the Perani Arena Jan. 12-16. Magicians, acrobats, tigers, elephants and clowns all got into the act during the three ring extravaganza. Clockwise, above: Children take a ride on an elephant; State Rep. and Shriner Charles Smiley, left, poses with Shrine Circus Director Craig Hatch; a tiger waits in its cage, an acrobat takes a bow after her performance and another acrobat spins hula hoops around. 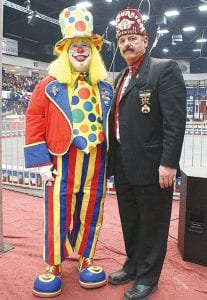 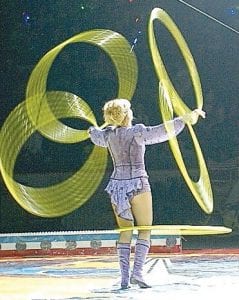 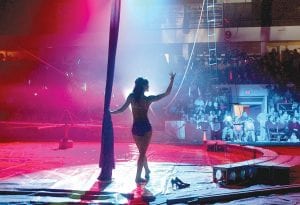 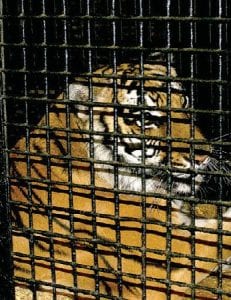