City appears to be lacking in transparency 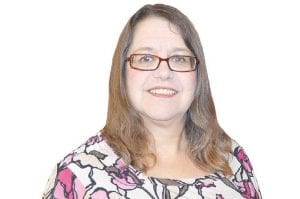 Just in case you haven’t been paying attention, fire funding is a current controversy for Grand Blanc residents. And having covered this funding debacle for several weeks, one of several egregious issues of concern was discovering Mayor Susan Soderstrom was using her personal email for city business.

It’s 2017! You would think it would be common knowledge that’s unacceptable. Because I was g getting ‘he said-she said’ responses, regarding the fire department funding, this newspaper filed a Freedom of Information Act (FOIA). The city has yet to reply.

However the township’s reply revealed not only the email issue, but that recent statements by Soderstrom are disingenuous at best. The FOIA response clearly shows the city initially raised the funding issue in April of 2016, but they dropped it “until after the new township board (is) elected in November.”

Additionally, the township shared significant funding concerns and information to the city manager, Wendy Jean-Buhrer, as well as the mayor, and still they came to the joint meeting they had planned with township unprepared to address those issues.

Showing up at the table on April 27th in a state of alleged ignorance appears to me to be something more than a lack of due diligence — rather, it seems to be a stick-your-head-in the-sand avoidance of an issue. Why was the council not informed of the township’s concern on funding shortfalls? Perhaps city administration didn’t agree with the information provided? Why then wouldn’t they have researched and produced their own information which either agreed or refuted the township’s claims?

There is no excuse for this not to have been brought to city council unless city administration was trying to hide something or didn’t want to involve the council, but wanted to handle it administratively.

Jean-Buhrer and Soderstrom were fully aware of the agenda prior to the meeting, and even if there was good reason to leave the council out prior to that, once the agenda was published, they had two opportunities to bring it to council, April 12 and 26, per their calendar, but these opportunities were avoided for some reason.

The deflection by the city to what has been done in the past, in a manner which seems to be finger-pointing, leaves a bad taste in my mouth. It’s unproductive to discuss what was done historically or who understood what, when the focus needs to be addressing the issues. Furthermore, it’s concerning appropriate steps to ensure finances were properly overseen, appears to not have been done by the city or township on both the fire and parks commissions.

The township however seems to be a little more proactive in this regard and is taking steps to correct, instead of deflect.

If I were on the council, I would be seriously concerned as to why city administrators didn’t bring this up. This council as a whole has concerned me since elected in 2015, with their apparent “go with the flow” philosophy; appearing to allow one or two people to dominate meetings and motions while they sit back and don’t “rock the boat”.

It’s high time this boat was rocked, and with the revelations made during the fire department funding discussions, including the mayor using personal email for city business, I think the moment is now. pschmidt@mihomepaper.com