City to drain water tower for repairs May 25

No disruption in water supply expected 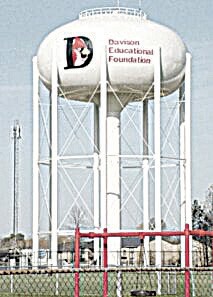 DAVISON — A leak at the city’s water tower, located north of Thomson Elementary off Clark Street, could place limitations on fire department but is not otherwise expected to affect water service when it is repaired May 25.

Ed Brown, supervisor of the Department of Public Works, said the water tower, built in 1974, has developed a leak more than 100 feet in the air and the DPW will have to drain the tank for about a 24-hour period while it undergoes repairs.

“We will be draining the tower, probably on the 24th, which means our fire protection is going to be limited,” said Brown. “I’ve already met with the fire chief; we already have a plan. We don’t anticipate their being any issues, but this is out of our control.”

Brown said the repairs will be “a task” and will be contracted out because of the height involved and the fact the city has never had to do a repair job like this on the tower.

The plan is to let the water drain naturally by using it and not refilling the tank, which is used for a reserve water supply for the city wells, he said. The leak, he said is right at the top before it goes into the bowl.

Councilwoman Jamie Stebbins asked Brown if residents will see a disruption in water service and he said they would not. However, he said there but may be some discoloration of the water due to the water pressures involved.

“This is hopefully a one-day deal,” said Brown. “We drain it, get it fixed, get it back on and refill the tank in less than 24 hours is our plan.”

He said the DPW will staff the plant 24 hours around the clock as long as the water is out of the tank.

Brown said he doesn’t expect any issues with low pressure but said there could be higher pressures noticed because the water will be pumped directly to households, instead of by way of the water tower.