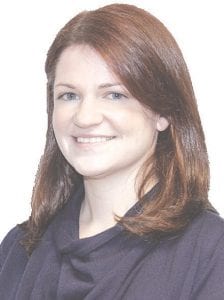 It’s with this in mind that afterschool supporters from throughout the state are convening in Lansing today for “Afterschool Day at the Capitol.” There, they will urge legislators to support renewed investment in our state’s afterschool programs.

Among those taking part in the advocacy event are several representatives from Flint and Genesee County, including a dozen current and former students from YouthQuest and the Boys & Girls Club of Greater Flint. These young people will have the chance to meet with some of our elected leaders and share their own testimonials.

Whatever stories they share, these young people will be getting important, real-life experience in engaged citizenry. Not only will they see their government at work but, hopefully, they will better understand their ability to influence it.

That kind of learning carries a lot of power. According to the Campaign for the Civic Mission of Schools, students who receive effective civic learning are more likely to vote; volunteer and work on community issues; and feel confident in their ability to communicate with their elected representatives. It can also broaden their network both personally and professionally.

I learned this myself during high school, when I served as student representative on the school board. Over the course of four years, I regularly attended monthly board meetings and started to see how things fit together—how decisions were made and change could be effected. I learned about Robert’s Rules and got to know my fellow board members, who were leaders in business, politics and the community.

As a high school freshman, I had no way to know how important those connections would be. But looking back 20-plus years later, I realize how many doors they opened for me. In fact, I credit my decision to pursue the career path I’ve followed in large part to the people I met and the lessons I learned through that experience.

For many students, the lack of a connected network can be a major barrier to success. Sometimes, knowing people in the right position can be the difference in whether or not a young person gets a job interview, learns about a scholarship or finds relevant opportunities for career growth.

And that’s a great example of why afterschool programs are so impactful. Through YouthQuest, we’re very intentional about helping students make those connections and exposing them to ideas and perspectives that are bigger than their own backyard. In doing so, we hope to prepare our local youth to make a difference in their community— be it on a local, statewide or even national level.

Kristina Johnston is the COO at the Flint & Genesee Chamber of Commerce.