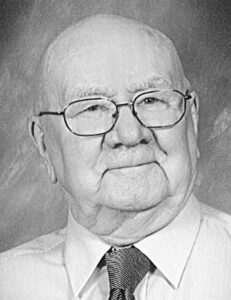 Clarence was born April 5, 1929 in Clio, MI, to William and Clara (Swantek) Halligan. He was a graduate of Clio High School Class of 1947. A proud U.S. Army veteran, Clarence honorably served his country during the Korean War, from 1951-1953. He didn’t often talk about the war but would share the good memories of building bridges to help the country and its people. As Sergeant, he loved to cook for his fellow servicemen, especially when he could acquire ingredients to make his famous fudge. After returning from Korea, Clarence attended General Motors Institute graduating from an apprenticeship as a journeyman Machine Repairman. He retired from General Motors in 1977 with many lifelong friends and great stories. Clarence married Mary T. Goyette on June 18, 1955 at St. Mary’s Catholic Church in Flint, MI. He called her “the best wife” and always said he knew how lucky he was. Clarence was her devoted and loving caregiver until her death on September 25, 2010. The Halligan’s had beautifully full lives being world travelers and friends to everyone, never meeting a stranger. They led by example putting others first and helping those in need, feeling honored and humbled to do so. A legacy their family will continue. 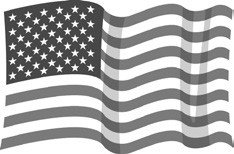