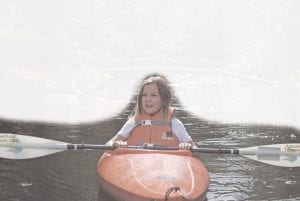 The summer downtime period is intended to give kids of all levels a much-needed break from organized sports. The period usually coincides with the July 4th holiday week.

LAPEER COUNTY — The summer dead period is a period of seven full consecutive calendar days after school is out in June and after a school’s participation in Michigan High School Athletic Association (MHSAA) tournaments is completed. Each school determines its seven day dead period (most all schools have selected a period which includes the July 4th holiday). During the dead period, there is no involvement or contact by the school or coach with students in grades 7-12 in any MHSAA tournament sport. It is a zero coach-player period; at school or elsewhere. There are to be no school or coach conducted open gyms, conditioning or weight lifting programs on school premises or sponsored by the school or coach at other facilities. The Representative Council adopted the following to further clarify the intent of the summer dead period:

The Summer Dead Period is intended to provide at least seven consecutive days when school coaches will have no contact with students in grades 7-12 of the school district in any manner related to any sport sponsored by that school. Unplanned, casual, normal community contact is permitted.

The Summer Dead Period applies to all levels of MHSAA member schools; coaches and students in grades 7-12 except that non- school summer baseball and softball practices and competitions regularly scheduled throughout the summer may continue with school coaches and students from the same district (e.g. American Legion).

It is intended that no sport-related involvement, including attendance at school sport-related fundraisers and functions, take place during the Summer Dead Period. It is intended that no sport activities occur on school premises during the Summer Dead Period that involve school coaches or are sponsored by the school or supported by the school.

Because school personnel are prohibited from holding such activities, it is intended that no school facilities be planned for use by non-school groups or individuals for athletic purposes (including student-led practices or conditioning) during the Summer Dead Period.

Following the intention and spirit of this regulation will involve shutting down of athletics for these 7 days and not allowing non-school individuals or groups to do that which the school is prohibited from doing. Some schools and leagues are adopting even longer summer dead periods recognizing the benefits to schools, staff members, athletes and families.

More clearly distinguish the start of each season and its tryout period.

Decrease the blurry line between allowed preseason activity (open gyms) and the start of tryouts and practices.

Decrease the overlap of activity between the end of one season and the start of the next.

Contact by a coach within the four player rule (voluntary, individual skill development – no rotations).

Certain things are not allowed during the preseason down time:

No open gyms or practices or rotations, whether the coach is present or not and no sport specific camps or clinics which involve that upcoming sport are permitted at the school or be sponsored or conducted elsewhere by the school, regardless of that school’s sponsorship of the sport. (Open gyms may never include organized drills, practice structure or instruction by any person including team captains or parents.)

Competition (intra-squad or intersquad) between groups that resemble school teams may not occur.

Booster Clubs, non-school groups or individuals may not do that which the coach or school is prohibited from doing during the down time. The Representative Council has stated that “No open gyms, sport specific camps and clinics shall occur at the school or be sponsored elsewhere by the school and no competition (intra-squad or inter-squad) between groups that resemble school teams may occur with any of that school district’s personnel present. Because of the similarity between in-season practices in track & field, cross country and swimming & diving and preseason conditioning in these sports and others, the Council added the following language to provide some contrast to conditioning in these three sports which is allowed during the down time:

Regardless of what they are called or where they are held, coach-conducted running or swimming sessions which involve the structure of distances and timing and/or teach sport specific technique shall not be provided even on a voluntary basis during the down time prior to cross country, track & field or swimming & diving seasons if they are conducted by the school coaches of those sports.

Activity that includes both time and distance is more like practice for the sport than not and is not to occur during the down time. This may have the effect of changing how some cross country teams condition preseason in the summer from August 1 to the start of practice. It does allow for aerobic conditioning (similar to that which is permitted in other sports) but must not resemble regular season practices in cross country.