Clerk announces resignation at board meeting 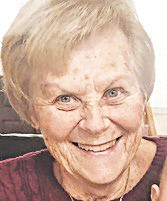 Elected in November, Miller said she decided to resign due to health issues experienced by her husband and said she would be leaving to care for him.

“My husband has health issues, it’s no secret we’re not youngsters,” she told the Index Tuesday. “I need to be with him, and I feel I cannot give the township the service they should have. I’m choosing personal responsibility over my job.”

Miller will remain in her position until May 31. In the meantime, the board will have to appoint an acting clerk until an election can be held to fulfill the rest of her four-year term.

She said she has enjoyed the job and said everyone at the township has been very helpful and understanding. Miller said she didn’t want to leave until after the May 4 special election so as not to leave the township short-handed.

“I don’t feel I’m leaving the township in a precarious position,” said Miller. “Everyone is aware of what their jobs and duties are.”

Miller was opposed in the Aug. 4 Republican primary by Travis Howell, formerly a trustee on the board, and won before going on to face Democrat Noble Hart III in the November general election.