Closing the generation gap, one pool party at a time 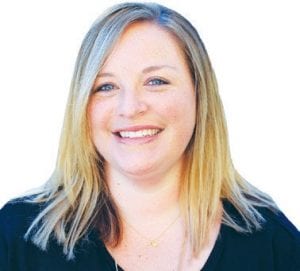 At a recent backyard get-together, my brother and his friend sat around the table looking through a book. His friend had brought the book in his bag along with his swim shorts and beach towel.

That’s right. He brought a book to a pool party. I watched in amazement as the two discussed the book, writings and opinions on the book and so on. And then, because I just couldn’t take it anymore, I said “are you guys kidding me with this book?”

I love my friends. But how do I say this without making us seem like compete idiots. We like a good time. We are all smart, college graduates and today we hold pretty great jobs, but I can assure you that all of this never leads to one of us bringing a book to a party and discussing it. Unless, it’s say the latest Chelsea Handler piece and one of us was reading it poolside before the party started.

I am about 10 years older than my brother. It depends where you look but some people would categorize both of us as Millennials. Sure, I have some of the “typical” characteristics, but the English lesson I witnessed poolside would clearly put me in a different category.

Perhaps it’s too broad to say he represents one generation and I another, but given that we were raised by the same parents, in the same house, in the same town and until college attended the same schools, it’s the only thing I can cling to that could account for our vast differences. We all know some of the negative things written and said about Millennials. They are of the “we all get a trophy” mind set. They are lazy. They don’t like working. They expect their parents to do everything and so on. Have I seen some of this to be true? Sure. But maybe they’re onto something.

I can’t believe I just typed that. I think working is the best thing that’s ever happened to me and I’ll say it, I value material things. I love my parents but crave independence from them. Still, when I started to think about it, maybe I could take a page or two from my brother’s book. Literally. He’s writing one. So am I. Guess who’s further along because he actually dedicates time to it? He also spends time writing music and poetry. He spends hours outside, he is meticulous about what he eats. Is some of this annoying? Sure. But I bet me mocking him about these things is also annoying.

Yes, there will come a time when he will have to work more than he does today to fully support himself. But I have a feeling no matter what he ends up doing, he’ll find a way to find balance.

So, if you take current earnings out of the equation, who’s really winning? As much as it pains me to say this, because I believe in only one team getting the trophy, maybe we both are if we realize each other’s strengths and learn from them.

For starters, I need to take time to slow down and do more of what I love. He needs to learn that pool parties are not the place host book discussions.