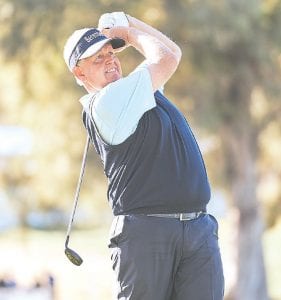 Singh, 55, is a three-time major champion. He grabbed his first major title in 1998 at The PGA Championship before winning The Masters Tournament in 2000. He hoisted the Wanamaker Trophy again in 2004 and has 34 PGA TOUR victories in all. Among his PGA TOUR titles, Singh is a three-time winner of the Buick Open at Warwick Hills, first winning the event in 1997 and then again in back-to-back years in 2004 and 2005. He is one of only two players to win the tournament in consecutive years. Tony Lema accomplished the feat in 1964 and 1965. Singh made his PGA TOUR Champions debut on September 22, 2013 with a T6 finish at the Pacific Links Hawaii Championship. Since then, the Fiji native has claimed three PGA TOUR Champions victories, his first coming last year at the Bass Pro Shops Legends of Golf at Big Cedar Lodge. Singh grabbed his second and third wins this season, first at the Toshiba Classic and next at the Constellation SENIOR PLAYERS Championship for his first senior major. To go with his two wins in 2018, Singh has three additional top-10 finishes and is ranked No. 7 in Charles Schwab Cup standings with $1,077,200 in earnings. 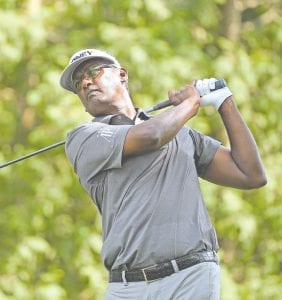 Montgomerie, 55, has recorded six PGA TOUR Champions victories since joining the TOUR in June 2013. Three of his six wins have come in major fashion, claiming titles at the 2014 and 2015 Senior PGA Championship presented by KitchenAid and the 2014 U.S. Senior Open Championship. So far this season he is ranked No. 22 in Schwab Cup standings with $609,340 in earnings thanks to three top-10 finishes, including a runner up effort at the season opening Mitsubishi Electric Championship at Haulalai. The Scottish native and World Golf Hall of Fame member has tallied 42 international tournament titles in his professional career. Montgomerie has also competed on eight Ryder Cup teams as a player and captained the European squad in 2010.

Lehman made his presence felt immediately on PGA TOUR Champions when he claimed victory in his first-career start at the Liberty Mutual Legends of Golf with partner Bernhard Langer. Since that successful debut in April of 2009, Lehman has recorded a total of 11 PGA TOUR Champions wins, including three major titles. The 59-year-old Minnesota native won the coveted Charles Schwab Cup in 2011 and 2012, joining Langer as the only players to win the season-long, earnings-based competition in backto back years. Lehman is currently ranked 14 in Charles Schwab Cup standings with $703,847 in earnings, 7 top-10 finishes and a win at the Principal Charity Classic. The major champion counts the 1996 The Open Championship among his five PGA TOUR victories. He has also been a member of three U.S. Presidents Cup teams and Four Ryder Cup teams, three as a player and then in 2006 as the U.S. team captain.

In other tournament news, officials of The Ally Challenged presented by McLaren announced today that clubhouse tickets are nearly sold out for the first-year PGA TOUR Champions event. Limited quantities are available through September 7 at 6 p.m. by visiting theallychallenge.com.

“We have been very pleased with ticket sales to date for The Ally Challenge presented by McLaren,” said tournament director Chris Coffman. “Demand for clubhouse tickets has been especially strong, and with 11 days remaining until tournament week we look forward to accommodating additional requests until we reach our capacity.”

The Ally Challenge presented by McLaren, September 13-16, will be one of the premier Regular Season events on PGA TOUR Champions in 2018, which will give way to the third-annual Charles Schwab Cup Playoffs – a season-ending, three tournament series used to determine the Tour’s season-long champion.

All three rounds of The Ally Challenge presented by McLaren will be broadcast on Golf Channel.