Co-opting football; too many boys sports in fall 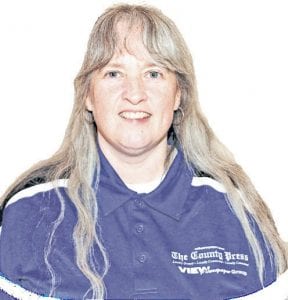 We have successfully completed our first set of fall high school sports previews and they are very telling on a number of fronts. We are seeing our first cooperative effort in 11-man football with Imlay City and Dryden joining forces this year. Some people sneer and thumb their noses at the very thought, but given the circumstances across the state, we aren’t surprised.

It’s not just an enrollment number problem, either, as we continue to see, decades later, the fallout from the high school volleyball mom’s lawsuit that forced a switch in seasons in boys’ and girls’ golf, soccer and tennis. What that did was put too many boys’ sports in one season so the sports suffer. We have two schools at our last count that won’t be able to field a boys’ tennis team this season—Carman-Ainsworth and Swartz Creek. Girls’ golf team and cross country teams in Genesee County are fielding anywhere from one to three athletes, which means they can’t win any team points. In Lapeer County, Dryden lost its soccer program and others are finding it hard to find enough players so there can be substitutions during their games. Other kids are opting to play travel sports instead of high school sports, which is both sad and concerning for school districts. Why don’t kids want to play high school sports in some cases? I don’t have a solution, other than someone needs to step up and start challenging what was decided by the courts to put school districts in this predicament. It’s just a shame that tennis complexes will be “dark” this season. There are kids who want to play, but four and five kids do not a varsity tennis team make. And, when you are the only golfer or runner on a team, your only hope of glory is to make it through a regional as a nonteam qualifying individual. That’s a challenge for the athletes and the coaches. Swim teams are also facing very low numbers, with Grand Blanc as the exception with more than 60 swimmers.

Football, the unquestionable marquee sport of the fall season, is always the first choice for a majority of kids. The problem is, if they want to play tennis, soccer or cross country, too, they can’t. The rigors of that sport’s practice schedule do not allow the kids to jump around and play multiple sports. I hear the rumblings as people read this, saying that no football player wants to play tennis. Wrong, son.

We saw that decision flip the other way years back when an Almont star quarterback, forced to choose, went with tennis. He later earned a scholarship to play out east. I suppose the same can be said for soccer and cross country. It’s nearly impossible for the kids to do both, even though many of the meets and competitions fall on non-football days. Saturday cross country and soccer tournaments would allow kids to take part in both. We used to see that, too. Numerous schools had multi-sport kids who would run a cross country meet, check in with their coach and then be excused in time to make the second half of their soccer game. Why not?

Part of the problem is too many coaches won’t allow that partnership. The kids lose out. The school district loses out and here we are co-opting to make it possible for 11-man football to take place. Insane.

I already said in an early column that I applaud the Imlay City and Dryden leadership to allow this first-of-its-kind partnership. I think everyone will benefit from it. The injuries will be less frequent, all of the kids will be playing safer football and the overall lessons these kids will learn by becoming one team will take them far into their adult lives. It’s certainly going to be watched by a far-reaching group. Don’t be surprised if we see more co-opted teams in marquee sports.