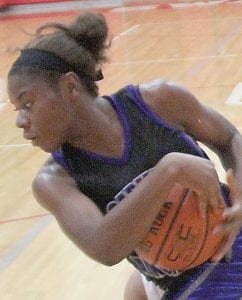 Carman-Ainsworth’s Randi Richardson rips the ball away from an opponent in a game on Dec. 6.

SAGINAW TWP. — Carman- Ainsworth got off to a slow start in a non-league basketball game at Saginaw Heritage last Friday and dropped a 51- 38 decision to the Hawks.

The Cavaliers fell behind 15-2 in the first quarter and couldn’t make up the deficit despite playing Heritage even the rest of the way. Carman-Ainsworth outscored the Hawks 16-12 in the second quarter to pull within 27-18 by halftime. Heritage made it a 10-point game, 36-26, with a 9-8 third quarter, and the Hawks put it away with a 15- 12 edge in the fourth.

The Lady Cavs, 5-3, will host Midland Dow on Friday. 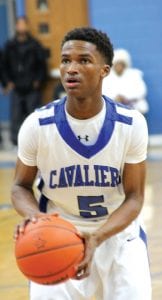 Justice Green and the Carman-Ainsworth varsity boys’ basketball team will be at Midland Dow on Friday for a Saginaw Valley League crossover game after Tuesday’s SVL-South contest at Davison was postponed because of weather.