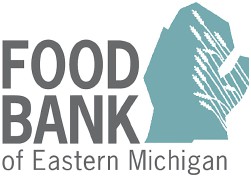 GENESEE COUNTY – The Food Bank of Eastern Michigan’s Holiday Campaign is officially underway, with the organization already having raised more than $8,000 as of Nov. 28. This year marks the Food Bank’s 21st annual Holiday Campaign, which was conceived in order to help provide food for the men, women and families in 22 counties throughout east Michigan during the holiday season. This year, the Food Bank officially kicked off the annual campaign on Nov. 1 and remains committed to changing the face of hunger throughout the region.

The Food Bank of Eastern Michigan (FBEM) has generated more than $10 million through the years, which has resulted in more than 62 million meals. The Holiday Campaign also benefits 417 partner agencies throughout eastern Michigan.

In order to sustain programs administered by FBEM and continue increasing food distribution, this year’s Holiday Campaign goal is $840,000, which is the equivalent of more than 5 million meals. It is with the dedication of many valued community partners that FBEM will reach this goal to aid in the mission to fight hunger.

Please see the full page ad inside today’s paper to learn more how to donate to the Food Bank of Eastern Michigan.